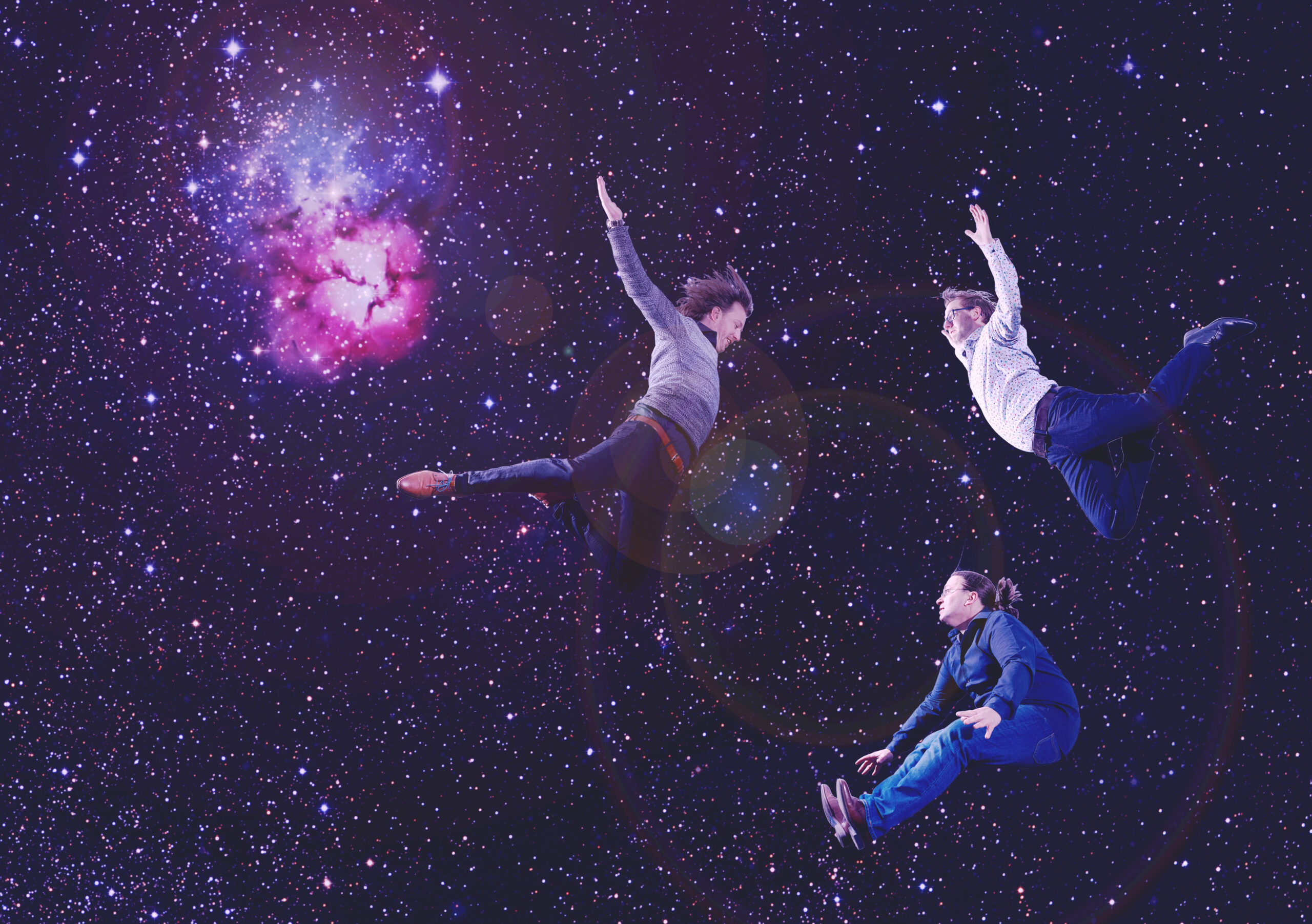 "A trio about as rare as Halley’s Comet, and arouse an equal amount of curiosity." Peter Hoetjes, All About Jazz

The Trifid nebula, a region in our Milky Way, is an unusual combination of three spacial events. The young energy field is constantly in motion and can be seen from Earth as a colourful and bright phenomenon.

TRIFID researchs and explores the unique fusion of accordion, vibraphone and double bass. The result is an exciting and intense perspective of something which can be described best as a spirited, yet serene and intimate, energy field full of lyricism and mystery.

Sounds of Interstellar Space is a journey from Earth through our Solar System and beyond into the Interstellar Space. Sonified space objects formed the rock and the roadmap for the composition, by evoking an atmosphere or initiating a melody, harmony or a rhythm. TRIFID became entangled with the universe in order to create, as Mark McCoughrean (Senior advisor for Science & Exploration, ESA) and Günther Hasinger (Director of Science, ESA) aptly put it in the liner notes, ‘a place that lies somewhere between the familiar and the unknown.’

Although many scientists have contributed vast knowledge, the universe remains hard to understand. Therefor it is inspirational to try to capture an essence of the cosmos in music. In the search for freedom and unity we try not to limit ourselves as we float in the endless and elusive interstellar space of the cosmos to create our Dreamscape. Featuring Teus Nobel on flugelhorn and Oene van Geel on viola and voice.

“Dreamscape’s title certainly suits the album, as the theme holding its songs together acts like some sort of extraterrestrial glue, creating a heavily, ethereal atmosphere. The accordion, vibraphone, and double bass are a trio about as rare as Halley’s Comet, and arouse an equal amount of curiosity.”
Peter Hoetjes, All About Jazz